In “LNR” held a rehearsal of the Victory parade 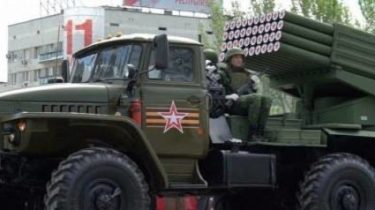 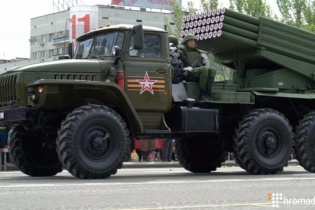 On the main square of the occupied Lugansk held a rehearsal of the Victory parade.

This was announced by the representative of the so-called “people’s militia LNR” Andrey Marochko, RIA Novosti reported.

“Today was the first practice parade of the national police LNR on Theatre square in Lugansk. Prior to that, the personnel were trained about two weeks. And now we begin to dismiss on the ground that all worked well and smoothly”, he said.

The militants boasted that very carefully selected for everyone to participate in the parade.

“Every soldier involved in the parade, have earned that right according to the results of combat and special training,” – said in “LNR”.

So, in Lugansk is scheduled for may 9 Victory parade with the participation of militants and military equipment. According to local police, with the passage of the parade will be watched by observers Special monitoring mission of the OSCE.

We will remind, last year the militants “LNR” may 9 brought more than 1 thousand people and 74 units of weapons and military equipment on parade in honor of Victory Day in the occupied Lugansk. Besides units “people’s militia”, in the pedestrian column was composed of the representatives of the self-proclaimed Ministry of internal Affairs, Cadet Corps, the combined orchestra, as well as the standard group.