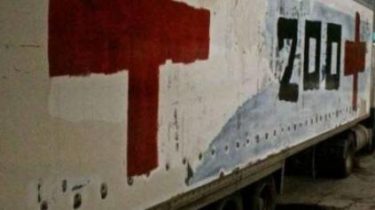 This is stated in the summary of the SMR as of 2 may.

“To hide the presence of Russian mercenaries in the temporarily occupied territories of Donetsk and Lugansk regions, the Russian government continues to create obstacles in the process of transferring the bodies to their families,” explained this phenomenon in intelligence.

In Odessa honored the memory of those killed during the events of may 2, 2014

Also add that the criminal activities of Russian occupation forces leads to an increase in the number of deaths and injuries among the local population in the temporarily occupied territories of Donetsk and Lugansk regions.

So, on may 1 in the village of mykhailivka, local residents were blown up on the banner, one of them died. The local occupation authorities are trying to conceal the installation Minnich barriers military personnel of engineer division of the so-called “sun LC” and blames the sabotage-reconnaissance group of forces of ATO.

We will remind, on April 28 in the Luhansk region during the rotation of the BMP and the truck of the militants was blown up in a minefield.