It became known, what they say, Putin and Merkel during a meeting in Sochi 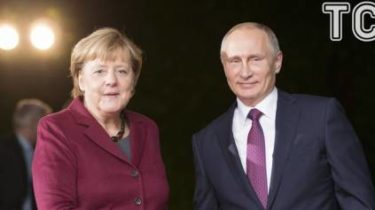 In particular, Merkel said that it expects to discuss with Putin, but the Ukrainian crisis, the situation in Libya and the development of bilateral relations.

In turn, Putin intends to discuss with Merkel on bilateral relations and issues of problem points – Ukraine, Syria and other regions.

The talks are held in the residence of Putin. The Russian side have taken part the Minister of foreign Affairs Sergey Lavrov, the assistant to the President Yuri Ushakov and Vladislav Surkov, with the German side — the adviser on foreign and security policy, Germany Christoph Heusgen, adviser on financial and economic policy, Lars-Hendrik the Reller and adviser on European policy to Uwe Corsepius.

Conversation leaders “Channel four” could be the last in this format

Recall that Merkel and Putin will meet in Sochi on Tuesday, may 2. About it reports Reuters. A spokesman for Merkel, Steffen Seibert stressed that politicians will prepare for the G20 summit in July and will discuss the geopolitical conflicts in Syria and Ukraine.

The spokesman said that Merkel and Putin will give a press conference between the two rounds of meetings in Sochi.