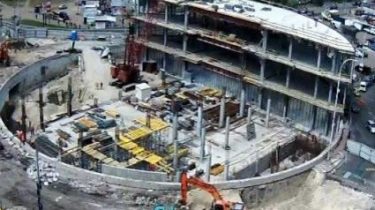 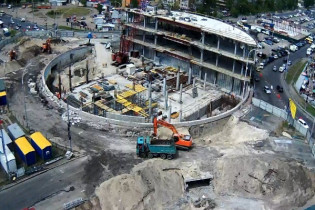 Yesterday, may 1, builders scandalous shopping Mall “Oasis” on the “Heroes of Dnepr” began the dismantling of the two transitions leading to the inside ring of the transition the metro station.

It is reported portal “My Obolon”.

It is noted that the construction equipment began dismantling the first of two underground passages, through which it was possible to get inside of the circle with the entrances and exits of the subway.

In the media suggest that the transitions are expanding to further settle into their stationary outlets, which are constantly worked here previously.

“It is logical that the most beneficial will be the location of the shopping malls just on the first floor of the Mall, through which thousands of people pass that to get in and out of the subway,” – said in the message.

in turn, in the metro assured that the construction of the Mall is quite safe, but people are totally against it and demand to stop construction work. Activists have blocked traffic and tried to attract the attention of the Kiev authorities to this problem.

The mayor of Kiev Vitali Klitschko said that work on the “Heroes of Dnepr” are planned and aimed at strengthening the subway station and promises that , without the consent of Kiev to build, nothing will.