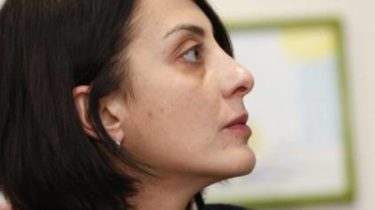 The former head of the National police of Ukraine Khatia Dekanoidze resumed his Georgian citizenship.

This is reported by Georgian mass media with reference to sources in the administration of the Georgian President, Interfax reported.

It is noted that the President of Georgia Giorgi Margvelashvili signed a decree on April 12, has restored Georgian citizenship Dekanoidze.

After voluntary retirement from the post of head of national police stolen at the end of 2016, she returned to Georgia, where he was actively involved in political activities in the ranks of the opposition party “United national movement”, founded by the ex-President Mikheil Saakashvili.

In Georgia for possession of narcotics arrested the son Dekanoidze media

We will remind, on November 16, 2016 Dekanoidze was officially dismissed from the post of Chairman of national police. In addition, the Cabinet approved in the office of the acting head of Department Vadim Troyan.

14 November 2016 Khatia Dekanoidze called a press conference, which announced his resignation. According to Khatia, this decision prompted the fact that the work of the police trying to influence policy. His successor Trojan Dekanoidze considers to be politically dependent.