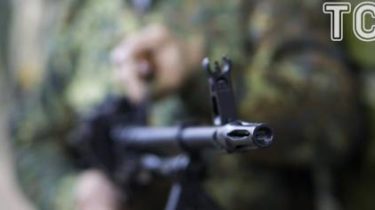 Three Ukrainian soldiers were killed in the area of Svetlodarsk arc in the Donbas. This reports the press center of staff ATO.

According to security officials, one of the Ukrainian soldiers was wounded and tried to destroy enemy hand grenade.

“However, the guy failed to implement his plan. From wounds he died on the spot”, – stated in the message.

The command of the unit organized a search for the bodies of soldiers. They found, however, to evacuate failed due to heavy enemy fire.

While the Volunteers are working hard to return the bodies of the military. The militants, meanwhile, are trying to discredit APU.

“So, one of the Russian sites there is information about the affiliation of the victims of the Ukrainian sabotage-reconnaissance group that does not correspond to reality”, – summed up in the headquarters.

As previously reported, the film crew of TSN came under fire near Marinka, that in 30 kilometers from the occupied Donetsk. Ukrainian soldiers not to succumb to provocations and adhere to the regime of silence.