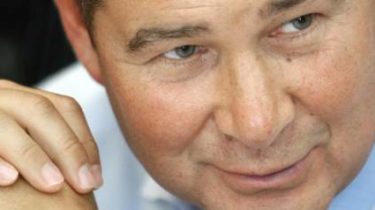 NABU turned to foreign partners with a request to trace and arrest the suspect in causing the state losses in the amount of 3 billion UAH of the people’s Deputy Oleksandr Onishchenko.

This was announced by the Bureau on his page in Facebook.

“The Bureau cooperates with several foreign partners. Possessing information about a possible stay of Alexander Onishchenko, in territory of some countries, NABOO turned to him with the appropriate requests,” the message reads.

As noted in the NEB, Ukraine as a party to the European Convention on extradition has the right to submit the relevant documents to the other States in the investigation, detention and consideration of the issue of extradition of the person sought, if investigators know that it is in the territory of that state.

“The decision of Interpol on the wanted list of the people’s Deputy Oleksandr Onishchenko … technically would allow faster to detain the suspect. However, the denial of the request of the Ukrainian side does not prohibit the cooperation of the National Bureau with the competent authorities of other countries, in the context of search, detention and, in the future, the possible extradition of Oleksandr Onishchenko,” added the Bureau, noting that more detailed information has not been disclosed due to secrecy of the preliminary investigation.