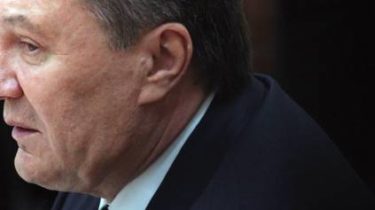 Chief military Prosecutor General Prosecutor’s office will appeal to court with petition in the future should be deprived the title of President of Ukraine Viktor Yanukovych penalty of life imprisonment for treason.

This was after the first court session on the case said the Prosecutor of the Chief military Prosecutor’s office Ruslan Kravchenko, writes UNIAN.

“The prosecution, since the defendant did not admit guilt during pre-trial investigation, will apply only for the strictest punishment is life imprisonment”, – he explained.

Suspicion Yanukovych has declared the public Prosecutor of Ukraine Yury Lutsenko during videotapes former head of state. At the same time, Lutsenko said that he will pass the documents to the lawyers who were present at the hearing and properly to Rostov. Note that the main argument of the prosecution was a letter from Yanukovych to Putin asking for military support.