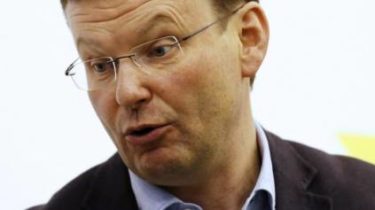 Former Deputy Minister of economy Alexander Borovik plans to appeal to the ECHR in the case of deprivation of citizenship of Ukraine.

“The human right to citizenship of the country in which he was born and raised is one of basic human rights. I think the European court of human rights with me will agree!”, – he wrote.

According to Borovik, he learned that he was deprived of Ukrainian citizenship “ribbon Facebook, without any preliminary administrative consultations”.

“Fortunately, I have the main oligarch of the country and its strange-the chosen mouthpiece of the radical party, two different Ukraine. I was, remain and always will be a citizen of a free, prosperous, modern and European Ukraine – a country which is bound to be! Citizenship in the oligarchic, and ridiculously unprofessional scoop President Poroshenko of little interest to me”, he added.

Recall President of Ukraine Petro Poroshenko signed a decree deprived of citizenship of the people’s Deputy Andriy Artemenko and former Deputy Minister of economy Alexander Borovik. The relevant document on the page in Facebook published the people’s Deputy from the Radical party Dmitry Linko.

the decree is Dated the 29th of April. In addition to the controversial parliamentarian and former adviser to the former head of the Odessa regional state administration Mhala Saakashvili Ukrainian citizenship were deprived of even three people – Denis Novgorod, Oksana NUSS and Lily USIC.

Borovik in the comment “Ukrainian truth”, said that he knew nothing about the decree Poroshenko. According to him, no reason to deprive him of Ukrainian citizenship.