Tooke said that in the Donbass stop, “nationalized” by the occupiers, the Ukrainian enterprises 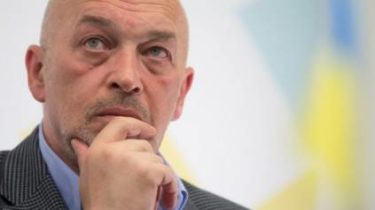 This was stated by the Deputy Minister of the temporarily occupied territories and VPO of Ukraine Georgy Tuka, transfers “5 channel”.

“Those mines that produce antracitas group of coal – the cross. This coal is neither the territories nor in a Federation anyone is not necessary. Its more than enough. The only way is to shut down. The Zasyadko mine is already closed, the people received a notice of vacation for an indefinite period for its own account,” he said.

According to him, equipment of Alchevsk and Yenakiyevo plants will probably be transported to Russia. Therefore, for example, at Alchevsk plant was previously purchased modern equipment for huge amounts of money and credit commitments.

We will remind, the Ukrainian enterprises that are in the area of responsibility of the so-called “Ministry of industry and trade of the NPT,” has passed under external management. This was stated by the leader of “DNR” Zakharchenko.

Later, in “DNR” submitted a list of Ukrainian enterprises, which are located on neocontrol areas where we have introduced the so-called “temporary administration” of the separatists. The list appeared on the website of the so-called Council of Ministers “DNR”. In the list were 43 enterprises.