In Kiev, the police car rammed the truck 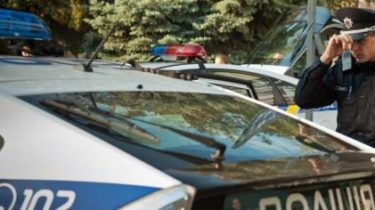 In Kiev on the street of Builders accident with participation of the car of the national police.

“Works at a place a second patrol to the police. I hope there were no serious injuries”, – stated in the message.

It is reported that the patrol car Toyota Prius crashed into a truck.

While data on victims.

Terrible accident in Dnipropetrovsk: car turned into a pile of scrap metal.

Recall that in the accident in the Poltava region killed a police inspector. April 29, on the highway Kyiv-Kharkiv near the village of SHIROKANE in Poltava was a road accident to participation of three cars. Faced VAZ-2109, VAZ-21099 and Lada Largus. The passenger of the car VAZ-2109 was killed on the spot, two more people (28-year-old driver of VAZ – 2109 and 24-the summer driver VAZ-21099) received injuries of varying severity.

The victim 24-year-old passenger and injured 28-the summer driver inspectors of Hadiach of the police Department of Poltava region.