The fight against alcoholism in Kiev unknown beat people drunk 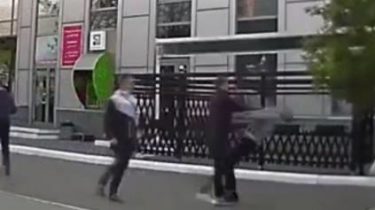 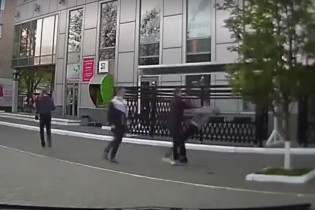 In Kiev unknown beat those drunk and those who drink on the streets, playgrounds and areas for sports.

“In Kiev, the organisation which is punishing fists of drunken individuals in the street, which is very ugly behave, as well as those who drank alcohol on playgrounds and areas for sports. Nothing to take away. Just hit and explain for what”, – stated in the message.

It is noted that now we know about 10 such cases in different districts of the capital.

A witness told how the restaurant in Kiev, the man killed the other one left

Recall from Kiev McDonald’s visitor killed a man with one blow. Published by law enforcement personnel is seen as a customer of fast food a man came up. They said a few words, and one hit another in the head. The opponent fell to the ground. It was later revealed that he died due to traumatic brain injury. The incident occurred on the 29th of April, but the video was only published on 3 may.