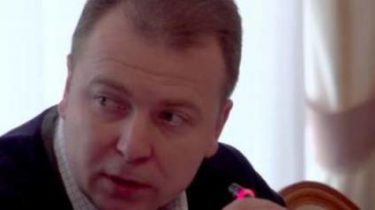 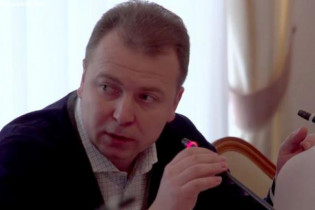 The people’s Deputy from the faction “people’s front” Ruslan Lukyanchuk denied his connection to a large network of exchangers that avoid tax reporting.

He also added that it was “dirty and deceitful media campaign to discredit the people’s Deputy”.

“The absence of any evidence that would confirm the truthfulness of the accusations in the address of the MP of Ukraine Lukyanchuk, muckrakers compensate for surface and linear analysis of his relations with the family of Brody, co-owner of group of financial companies the activities of which are stated in the plot of “Our money”. Stating the fact of meeting A. Brody family, G. V., Lukyanchuk, journalists further down to cynical lies about the alleged lobbying, the people’s Deputy of foreign exchange business in Ukraine in the face of financial companies “absolute Finance” and “Tycoon”, – stated in the message.

In the representation of the people’s Deputy noted that the above is untrue, since neither Ruslan Lukyanchuk nor his family has any relationship to the economic activities of the above group of companies and the tax regime of these activities.

“As far as I know, are now preparing lawsuits to the court on protection of honor, dignity and business reputation of the people’s Deputy of Ukraine Ruslan Lukyanchuk. In turn, the press service of NSDC Secretary Oleksandr Turchynov also informed the media about the preparation of a lawsuit by the authors of the plot,” added Peterova.

Earlier the Secretary of Council of national security and defense of Ukraine Oleksandr Turchynov also denied his connection with a large network of exchangersthat avoid tax reporting.

The Agency assure that Oleksandr Turchynov, as a government official, never engaged in any business. And his family and businesses they own, have nothing to do with the exchange of currencies.

The press service called “unfounded defamation and the compromising of the NSDC Secretary of Ukraine,” Turchynov charges in doing business in the field of currency exchange.

We will remind, on may 3, the plot of “Our money Denis Bhusa” there are reports that a large network of exchangers, supposedly written closer to the people’s Deputy “popular front” Ruslan Lukyanchuk and NSDC Secretary Oleksandr Turchynov to the people, avoids tax reporting.

Reporters noted that the exchange of financial companies “absolute Finance” and “Tycoon”, contrary to the requirements of the legislation carry out foreign exchange without cash registers and submission of tax reports in DFS. According to official data of the National Bank, the company “Magnat”, “absolute” and one “Octave”, own more than 1200 exchange offices of the three and a half thousand legal exchange of Ukraine.