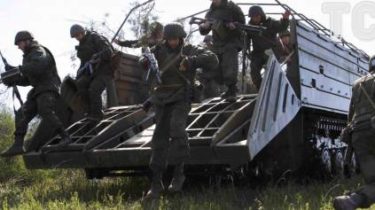 In the area of the ATO is now up to 4 thousand Russian military, without considering mercenaries who fight for money.

This was stated by Chairman of the Donetsk regional military-civil administration Pavlo zhebrivskyi, transfers “112.Ukraine”.

He explained that due to inactivity of the mines “many have no choice and some of them went to illegal armed groups, because only pay the NPF”.

According to him, in the area of ATO decreased the number of attacks, however, increased their accuracy.

“But on the other side, according to our calculations, about 2.5-3 times the number of deaths and wounded more than from our side,” he concluded.

We will remind that earlier representatives of the occupied regions of the Luhansk region the third day make promises and keep changing the time of the transfer of the bodies of the dead soldiers of the Armed forces of Ukraine.

Security officials noted that the procedure for the return of bodies of soldiers on the Ukraine-controlled territory began immediately after the confirmation of their death.