Gunmen used the bodies of dead Ukrainian scouts to promote 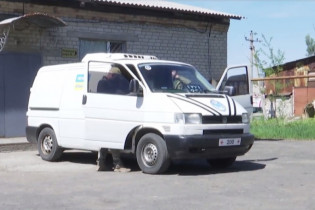 On Saturday, Ukraine has returned from the hands of terrorists, the bodies of three soldiers of the 53rd brigade, was killed may 1 during combat missions in the arc Svetlodarsk. It is the residents of the Kherson and Dnepropetrovsk regions in 1980, 1986 and 1995 year of birth, according to a story TSN.19:30.

Previously it was known that one of the fighters were injured and three brothers ran to get him out. As a result one died on the spot, the other with wounds found the strength to return to his own, and another one received a wound, covered themselves up with grenades and shot.