In Krasnogorovka in the shelling of militants were injured, the hospital 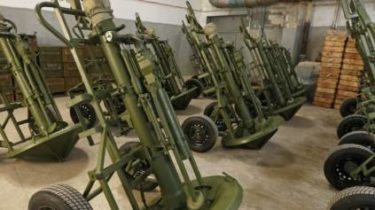 The shelling of Krasnohorivka suffered the building of the local polyclinic, which is the main medical facility in the city. The militants fired 82-millimeter mortars and anti-aircraft installations, according to a story TSN.19:30.

The attack began at 10:00 a.m. one of the shells fell on the hospital district level. The building has broken several Windows and other minor damage. Doctors were forced to let go of the frightened patients at their homes, they themselves remained in place.

Experts warn that the med school is the most effective in Krasnogorovka and Marinka nearby, so close it paralyzes medical care the whole area. The doctors hope that it will not come.