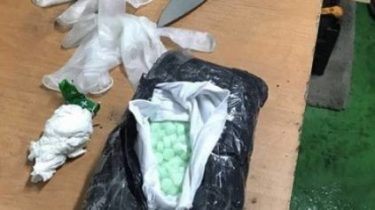 The couple ordered abroad wholesale quantities of drugs that were transported to Ukraine by mail, and then distributed in the Kyiv region.

This was reported in the press center of the security Service of Ukraine.

“Psychotropics sold in Kiev and Kiev region with a special “bookmarks”. Money for drugs the buyers listed distributors on the card account of one of the banks”, – stated in the message.

In Volyn “fighters against corruption” was carrying ecstasy

Police detained drug dealers in the White Church at the time of receiving the next consignment of 200 ecstasy pills. During carrying out the authorized searches of the detainees seized nearly 2 kg of smuggled imported drugs, electronic scales, payment cards and plastic bags.

On the smuggling of psychotropics openly criminal proceedings under part 3 St. 305 (Smuggling of narcotic drugs, psychotropic substances, their analogs or precursors) the Criminal code of Ukraine. The issue of election as the detainee of a measure of restraint.