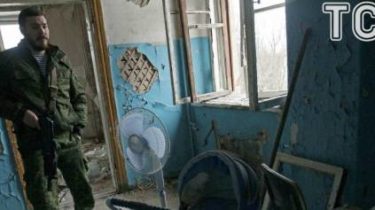 Today 128 citizens of Ukraine are held hostage by the militantsand another ten detention in Russia.

About this on air of one of TV channels, said Advisor to the Chairman of the SBU Yuriy Tandit.

“To date, 128 people illegally held in Donetsk and Luhansk, another ten in Russia. We know about each person all the details, we communicate with friends, family, but over the past half year the theme of the most politically charged. We understand that decisions are made in the Kremlin, although the number of dismissed or found increases,” he said.

Gerashchenko announced the new number of Ukrainian hostages in the Donbas

We will remind that earlier the Ukrainian side for the release of the hostages offered as a compromise to bring to the certification process signatures office Upovnovazhenij BP on human rights, the procedure will take place under the OSCE monitoring mission which is directly involved in the Minsk process.

This was announced by first Vice-speaker of the Verkhovna Rada, Ukraine’s representative to the Humanities subgroup of the Trilateral contact group Irina Gerashchenko in Facebook.

She also added that those who ORDO requires the transfer of more than 600 people. According to Gerashchenko, of these 600 people 30 have no relation to the ATO, 60 pass through harrowing crimes and not subject to Amnesty, and among the 500 number in the hundreds, who do not want to go to the occupied territories.