In the center of Kiev, the buyer shot the security guard of the supermarket for bottles of water 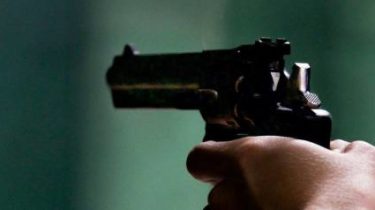 In the Pechersk district of the capital, shot a security guard at the supermarket.

At 15:30, law enforcement officers received a report of a shooting at the supermarket on the square Sports.

According to preliminary information, the customer took from the shelf a bottle of drink, and when she went to the counter, she crashed. The protection of the supermarket and invited him to the office, where the man suddenly pulls out a gun, fired several shots and wounded the guard in the stomach.

Meanwhile, the security guard called for an ambulance and was taken to the hospital.

In Kiev fired at the bus with passengers

We will remind, on Rusanivsky gardens vacationers night staged a bloody showdown with the shooting. At the scene it became clear that the conflict arose between the two companies, which rested there: two men provoked a fight with an opponent.As a result, one of them pulled out a gun and fired several shots.

The victim, born in 1991, was taken to hospital with wounds to his back and hip. Subsequently, he left medical institution and wrote a statement that no one claims.