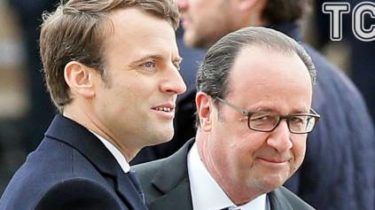 The inauguration of the newly elected President of France Emmanuel Makron, who scored 66,1% of the vote, will take place on Sunday, may 14.

In that day he will take the oath and will begin his duties as head of state, writes AFP, citing the statement of the incumbent President of France Francois Hollande. His powers will end may 14 at midnight. In this position he has been for the past five years.

Although 100% of the ballots counted, official results will be announced on Wednesday, 10 may at 17:30 local time (half past six in the evening in Kiev).

Recall that the opponent of Macron far-right marine Le Pen won the election to 33.9% of the vote.