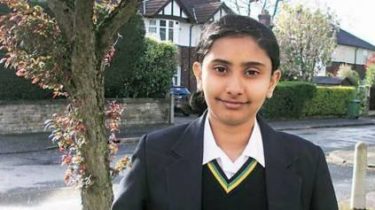 She scored 162 points on the test that defines intelligence quotient, reports The Independent.

Mark for “genius” is set at 140 points. While the IQ of famous physicists albert Einstein and Stephen Hawking is valued at 160 points.

In addition, Indian girl successfully walked the final results of virtually all of their peers. According to Mensa, the largest and oldest in the world, highly intelligent IQ society, the girl entered 20 thousand people around the world able to achieve such impressive results. Due to high level of intelligence Pavard also became a member of the British society Mensa.

Note that Mensa is one of the most exclusive clubs in the world. The only way to join is to pass the IQ test better than 98% of the citizens worldwide. Its mission is to “identify and develop human intelligence for the benefit of mankind”, and he founded the club in 1946 in Oxford Lancelot Lionel ward and Roland Berrycom.