The militants have increased the number of attacks in the Donbas. Chronicle of the ATO 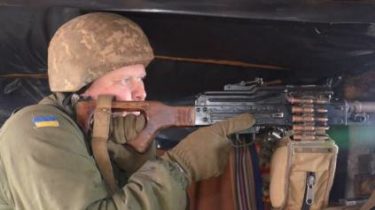 Sunday, may 7, in the area of ATO in the Donbas the militants 65 times opened fire on positions of armed forces of Ukraine.

“The situation in the ATO area remains tense. Units of Russian occupation troops continue to fire attack positions forces ATO. For the last day fixed 65 attacks on the strongholds of the Armed forces of Ukraine”, – said the press center of staff ATO.

Trinity on the eve fired from artillery of large caliber. Went to the local school, and broke the power line. In the Luhansk region late in the evening by a mortar attack militants hit residential neighborhoods Popasnaya. In houses glasses are beaten out, in the yard of the burned car.