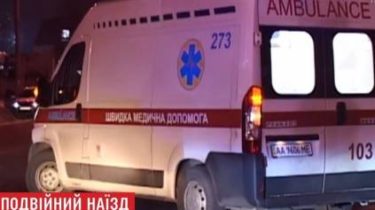 From more than three dozen detainees in the center of Kiev , there are 25 6 nationalists and supporters of the Soviet Union. The first was punished for hooliganism and disobedience, the second for the use of banned symbols, according to a story TSN.19:30.

Almost all of them were taken to the Pechersk police Department. There quickly formed an impromptu rally of nationalists. Most of the detainees interviewed made administrative protocols and released. One of the participants was detained, because the police recorded the moment when he threw a smoke grenade at police officers from the window of the office of the OUN.