In the Donetsk region detained the ex-militant “DNR”, who decided to become military APU 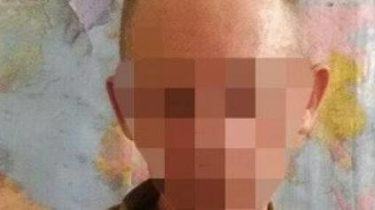 In the Donetsk region in one of the armed forces of Ukraine detained the soldier-the contract employee who previously fought on the side of the militants “DNR”.

“An attacker who had combat experience gained during service in Afghanistan, joined the terrorist organization “DNR” in July 2014 under the influence of Pro-Russian propaganda. As an artilleryman, took part in the fighting near the settlements Snowy, dmytrivka and Ilovaisk”, – stated in the message.

According to intelligence agencies, in August 2014 a man was wounded, and after leaving the hospital returned to its group, fought under Debaltsevo.

It is also noted that the gunman was trained under the leadership of the Russian military by the nicknames “Terek” and “Ural”.

“In the spring of 2015 the alleged terrorists was disappointed in the ideas of the “new Russia” and went to Russia, where his sister. To get in Russia, used the certificate of the participant of so-called “militia DNR” with the signature of the terrorist strelkov”, – added in SBU.

In the spring of 2016 due to the difficult financial situation the fighter decided to return to Ukraine and join the ranks of the APU. He was sent to one of the units in the ATO zone, where he was detained.

Currently open criminal proceedings on charges of creating a terrorist organization, detainee it is reported about suspicion, investigative actions are carried out.

Recall, for the last day terrorists 70 times opened fire on strong points of the Ukrainian military. As a result of shelling , one soldier of the Armed Forces of Ukraine were lost, two more got wounds.