Powerful shelling near Mariupol: the military are outraged by the lack of commands to give an answer 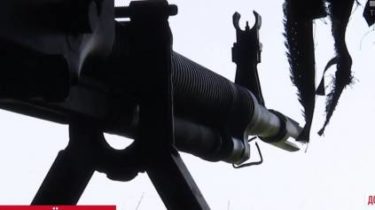 One of the most powerful attacks recently experienced fighters on the southern front of the ATO. On the coastal front-line positions working tanks and artillery militants, according to a story TSN.19:30.

A direct hit smashed Supervisory position with the military. From there the wounded soldiers were evacuated under cover of machine gun. The soldiers recognized that such a powerful attack I do not remember in 2014. “I thought: 86 parishes was,” they say about large caliber shells that fell only one position for two hours. As tens was measured by the attacks of the enemy on the neighboring objects of the APU. “The feelings, working tanks, “nony” and self-propelled guns of 152 caliber,” – say military.