“Ukroboronprom” signed a contract on strategic cooperation with Turkey 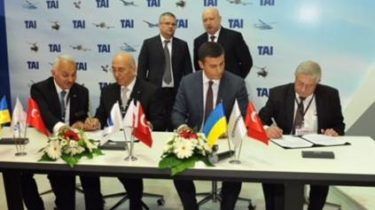 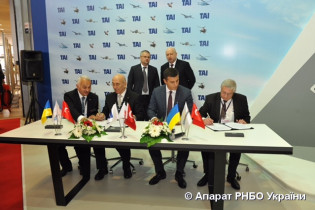 In Istanbul, General Director of state concern “Ukroboronprom” Roman Romanov and the head of the defense industry of Turkey Ismail Demir, signed a strategic document on cooperation between the sectors of production of military products in both countries. About it reports a press-service of the national security Council and defense of Ukraine.

The signing of the document became possible following the talks Secretary of the NSDC of Ukraine Oleksandr Turchynov and the Minister of national defence of Turkish Republic Fikri Isik. The ceremony of the agreement took place in their presence.

“The document determines strategic areas of cooperation for the leading defense enterprises of our countries”, – said the Turchynov, who led the official Ukrainian delegation is in Istanbul, where the international defense industry exhibition IDEF-2017. There for the first time showed a new portable rocket launcher produced by Ukrainian design Bureau “Luch”.