In the area of ATO was blown up by Ukrainian engineers. 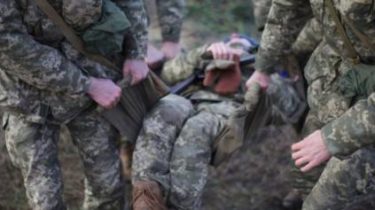 In the Donbas during a combat mission died Ukrainian minesweeper.

This was reported by the press center of staff ATO in Facebook.

“As a result of blasting on an unknown explosive device exploded sappers demining group one of the mechanized brigades, the staff which carries out fighting tasks in the direction of Donetsk”, – stated in the message.

According to staff, one military was killed, another was injured and was hospitalized.

Now on a scene representatives of Military and law enforcement, the circumstances of the incident are being investigated.

We will remind, during the last day recorded 37 attacks of positions of Ukrainian Armed Forces in Donbas, the terrorists wounded one soldier. Ukrainian military had to open fire in response.