Surkov’s role in the Donbas. Ex-militant leaders spoke about the activities of Putin aide 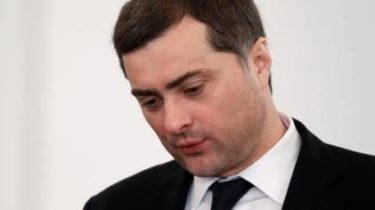 The senior aide of Vladimir Putin , Vladislav Surkov defines internal policy of the administration Pro-Moscow separatists in the East of Ukraine and decides who is what position it will take.

This was reported by three ex-militant leader, Reuters writes, and notes that this is contrary to the statements of the Kremlin denies that it dictates in the region.

Bishie of the terrorist leaders said that Surkov controls the situation on the ground through specially selected Trustees, who regularly report to him about the situation.

“Any call from Moscow was seen as the office a call from God himself and was not discussed, were accepted for execution immediately,” recalls Alexei Alexandrov, one of the leaders of the separatists in Donetsk, who later left. Two other separatist confirmed this information, but refused to be named.

Alexandrov, and two other “official” explained the feeling that the Kremlin took advantage of the situation and put in charge of the “republics” of their people, which, according to them, “do not care about the interests of the region.” All three of them said that Moscow is gradually forced to leave most of the organizers of the occupation, threatening them with death and imprisonment.

“At first we were somewhat naive, I thought that uncle in Moscow may simply not understand what’s happening here, when us around here ridicule the Moscow comrades, but after two or three years, and I last spoke with Surkov in November (2016), I realized that everything is understood, and just wanted us to shut up,” said one of the three ex-militant leaders.

The news Agency saying that Surkov played a key role in the appointment of Alexander Zakharchenko, the leader of “DNR”. Former electrician coal mine led one of the groups of Pro-Russian militants, when in 2014 he was summoned to Moscow. The separatist leaders had prepared him for the position of “defense Minister DNR”. However, after meeting with Surkov in the Kremlin, from the office of assistant to the President received a proposal to appoint Zakharchenko on the main post. 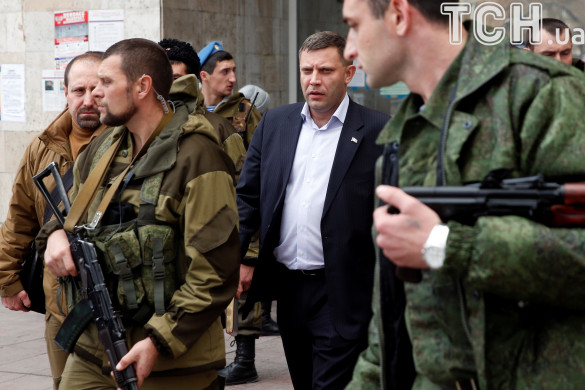 Moscow wanted to replace Russians Alexander Borodai and Igor strelkov one of the local – thus, the Kremlin wanted to demonstrate to the West that the uprising is supposedly a popular character. About this Boroday said the Agency. Ex-militants believe that Moscow believed Zakharchenko easily controlled.

After what Alexandrov called a verbal indication from the Cabinet Surkov, Strelkov and Boroday quietly “resigned” to Zakharchenko could take on the powers.

According to Alexandrov, to help former electrical engineering in the campaign in Donetsk came a team of Russians working for Surkov. They do not call Donetsk their real names, using instead names.

Sources told Reuters that the real Surkov’s role went far beyond a mere facilitator of the “peace process”. Activities assistant Putin began at least six months before the Minsk agreement: it was dedicated to the choice of the leaders of the terrorists, the organization of the work of the local “administrations”, development of an information strategy for the separatists and planning for local elections.

We will remind, last year the Ukrainian hackers “Cyberhunt” reported on its website on breaking one of the postmen Surkov. They published some documents of the alleged correspondence Surkov, in particular, “the plan of the Russian Federation” to destabilize Ukraine under the name “Rod”.

Also, the MP and coordinator of “Information resistance” Dmitry Tymchuk in the end of 2016 reported that representatives of the so-called “DND” held a meeting “of heads of authorities and local government DNR” with the participation of Vladislav Surkov. He allegedly promisedthat in a year and a half of “DNR” and “LNR” have to be part of the Russian Federation on the rights of full-fledged administrative units.