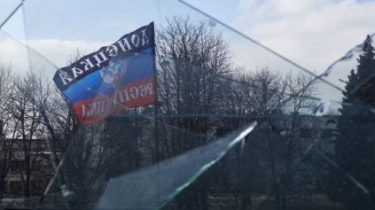 Militants of the terrorist organization “DNR” by nickname “Weight” condemned to eight years of imprisonment with confiscation of property.

A resident of Mariupol in February of 2016 traveled to the occupied Donetsk, where there are the so-called “voenkomat DNR” and entered one of the illegal armed groups of terrorists. In its composition he was on duty at the observation points of terrorists from which they fired at the Ukrainian military.

Also Weight” was given the task to advance to positions of forces anti-terrorist operation to collect information on the deployment and maneuvering of military equipment and personnel.

SBU together with the military arrested the terrorist during the “outing” to the positions of ATO forces near the village of Pavlopol, Volnovakha district of the Donetsk region. The court found the gunman guilty of committing a terrorist act and illegal possession of weapons.

Earlier it was reported that a man from Nikolaev received eight and a half years of imprisonment for participation in terrorist groups in occupied Luhansk.