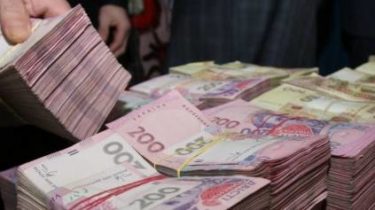 Ukraine is home to 3504 official millionaire who declared their incomes exceeding UAH 1 million.

Despite the reduction in the number of millionaires total amount of their revenue compared to last year increased by 13%, or 3.2 billion UAH.

“The majority of citizens who have declared over one million, recorded in Kiev – 1686. In the Kharkiv region, there are 287 millionaires in Dnipropetrovsk – 216, Odessa – 211,” – said the acting President of GFS Miroslav Sold.

Right to a tax credit benefited more than 65 thousand persons. They will be refunded from the budget 110,6 million UAH of tax on personal income. 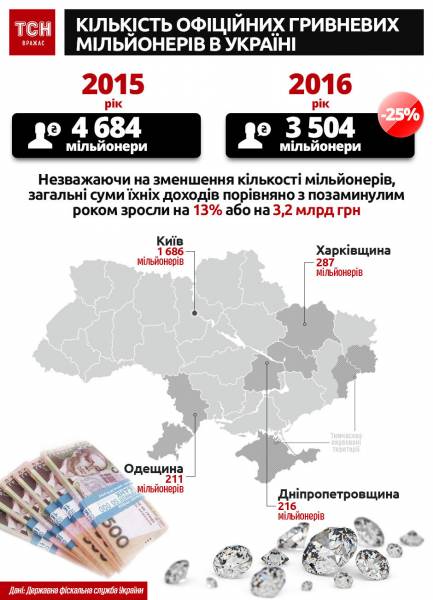