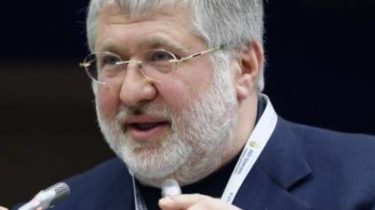 Former shareholder of “PrivatBank” Igor Kolomoisky commented on the investigation of journalists of the program “Schemes”in which it was claimed that shortly before the nationalization in December 2016 of financial institutions was withdrawn 110 billion hryvnias to the accounts of firm dummy.

“After the program I tried to make contact with a familiar journalist of “Schemes”, Michael dacem, but did not get through. So I want to clarify a few details for “under control”, according to “Schemes”, the TSN website. From the investigation it is unclear where and to whom went 110 billion of loans granted by “PrivatBank”. So these money from the Bank did not go away. As part of the restructuring of the loan portfolio issued to companies that have repaid loans previous borrowers. That is, the money left in the Bank,” he said in comments Dnia.

Kolomoisky said that these operations took place under the full control and the “strict management”, Deputy head of the NBU Ekaterina Rozhkova.

“And one more important thing, October 3, in “PrivatBank” came 30 employees of the NBU, in addition to the supervisor who was there before, and the company referred to in the investigation, chose the national Bank. That is, the second phase of the recapitalization, “Privat” was held with the participation, monitoring and the sensitive leadership of the NBU and personally Mrs. Rozhkova. Then in the “PrivatBank” were representatives of Ernst&young, which prepared the document referenced by journalists. Everything else in the interview is, in principle, readable”, – he said.

Recall that in his investigation of journalists “Schemes” refer to the draft report, analysts from Ernst&Young on the financial status of “PrivatBank” shortly before nationalization.

According to the document, the auditors verified the largest borrowers and found: on April 1, 2015 the risk of loan defaults was measured in excess of 82 billion, and as of October 1, 2016 increased to more than 139 billion.

According to the document, stated in the investigation, “PrivatBank” restructured credit portfolio: debt 170 previous borrowers have been translated into more than 30 new ones of steel owe the Bank more than 110 billion hryvnia.