The daughter of a confectionery magnate and style icon. Interesting facts from the life of the future first lady of France

The love between the elected President of France Emmanuel Macron and his wife Brigitte for several weeks discussing the whole world.

A chance for the EU and Ukraine. Where macron will lead France

Steam does not hide feelings and not shy a big difference in age, the future first lady’s older husband for 24 years, says the story Sedanko, z 1+1. Bridget Tronie sixth was born the youngest in a wealthy French family. Her parents – hereditary owners of the famous chocolate factory. By the way, is the most popular delicacy of the parent company – pasta – in tune with the name of the future President. But profitable family business did not attract the future first lady of France. She became a French teacher and performing arts.

At school, 15-year-old Emanuel and 39-year-old Bridget brought play. Together they prepared the play for the drama club. Then the future first lady of France was already married and had three children. 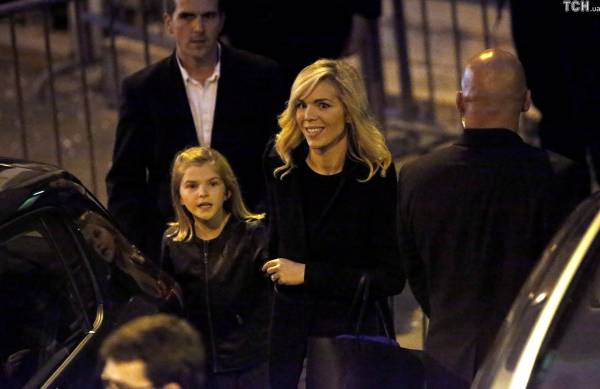 Now the 64-year-old wife of Emmanuel Macron considered an icon of style and fashion in France. Favorite brands women – Dior and Louis Vuitton. Its image and the ability to combine items of clothing discuss in detail fashionable lustres. Many French people criticize her for her extravagant appearance and excessive tanning. Supposedly, this image does not fit refined French mistresses.

The woman did not hesitate to wear a sexy mini, high heels and even to pose in a swimsuit.

Emmanuel and Bridget Makron do not have children together. But happy to play with seven grandchildren women.

3 years ago Bridget macron left my job as a teacher to become first assistant and adviser of her famous husband. Rumor has it that she taught the candidate speeches. And supposedly the wife was hit Emmanuel to run for President. “He needs to go for it in 2017, because during the next election I will be 70 and my face will be his problem,” joked the future first lady.

We will remind, presidential election in France for the centrist of Macron gave their votes to 20.7 million people, and for the far-right candidate, which is associated with the Kremlin, marine Le Pen – 10.6 million people – 66,10% 33,90% of the vote respectively.