The militants fired at the private sector in Avdiivka: four killed Zhebrivsky 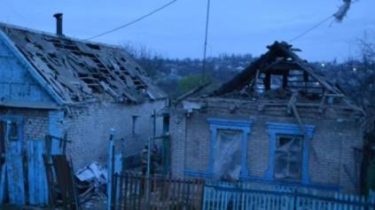 The militants fired at residential quarters of the private sector in the plant. As a result, four people were killed, one in a serious condition hospitalized.

About this on his page in Facebook said the head of the Donetsk military-civil administration Pavlo zhebrivskyi.

“20 minutes ago Russian occupants fired at residential quarters of the private sector in the plant. In the streets Sapronova the shell hit the courtyard of a house. Killed three women and one man. Another man in a serious condition hospitalized”, — is spoken in the message.

We will remind, as of 18:00 today, Saturday, may 13, according to the ATO Staff, militants carried out 20 attacks on positions of the APU, among the Ukrainian military there were no losses.

Note that in the same day earlier in the JCCC said that the militants during the day actively shelled villages. “Illegal armed groups ARDLE, ignoring all the Minsk agreements and International humanitarian law during the day, actively carried out shelling of positions of Armed forces of Ukraine, the settlements along the line of demarcation,” — said the Ukrainian side.