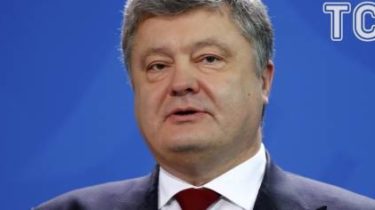 Next week, may 16-17, 2017 will be the first in the history of bilateral relations, the state visit of the President of Ukraine Petro Poroshenko to the Republic of Malta.

This was reported by the press service of the presidential Administration.

“During a visit to the country, which is now glavenstvuet in the EU, meetings of the Ukrainian President with the President, the Prime Minister of Malta, the speaker of the house of representatives of the Parliament of the Republic”, – stated in the message.

During the visit it is expected to sign several bilateral documents that will facilitate the intensification of cooperation between Ukraine and the Republic of Malta in various fields.

We will remind, earlier the Ambassador of Ukraine to the United States Valeriy Chaly said that the Embassy is now working on the preparation of the meeting of the President of Ukraine Petro Poroshenko and amerikanskogo leader Donald trump. He explained that it would be not only about the settlement of the situation in the Donbass in connection with the Russian aggression, the issue of Crimea, but also bilateral relations.