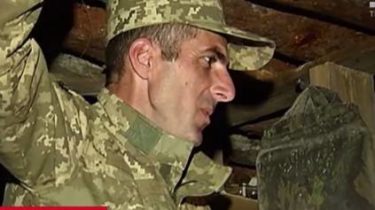 In the area of ATO killed David Sikharulidze , Vice-Colonel of the Georgian army, a volunteer who came to defend Ukraine from Russian aggression and received the rank of Junior Sergeant. The injured 44-year-old man got on the arc Svetlodarsk, to save his doctors could not, says the story TSN.19:30.

In 2014 he became an instructor, and in 2015 – the volunteer battalion “Aydar”. “From a professional point of view, Ukraine is waging a just war. In 1992-1993 many people from the Ukraine helped us, like the return duty,” he explained in an interview.