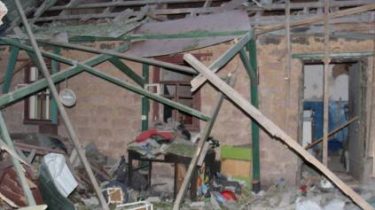 The shelling, which killed four civilians, classified as a terrorist attack.

About this on his page in Facebook said Larissa Gar, press Secretary of the Prosecutor General Yuri Lutsenko.

“Information on the specified fact brought in the Unified register of pre-trial investigations under part 3 of article 258 (terrorism) of the criminal code of Ukraine. Procedural management in criminal proceedings is performed by Prosecutor’s office of Donetsk region”, — said the Gar.

According to her, the shelling was made by the representatives terrorist “DND”.

At the same time, in connection with the death of innocent people in Avdeevka of Donetsk, the Chairman of the military-civil administration Pavel Zhebrivsky took the decision to cancel the celebration of Europe Day, to be held may 14 in Pokrovsk.

“My sincere condolences to the family and friends of the victims”, — he wrote on his page in the social network.

We will remind, today, on may 13, militants fired at residential quarters of the private sector in the plant. In the streets Sapronova the shell hit the courtyard of a house. Killed three women and one man. Another man in serious condition was hospitalized. the headquarters of the ATO estimated time of attack is indicated as 19:15.