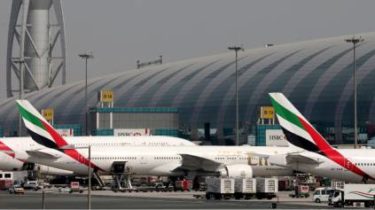 On Board plane EN route from Dubai to Paris, the boy was born. The delivery was at the height of several thousand meters, according to a story TSN.19:30.

Because of the mother Board was forced to request an emergency landing at the airport of Larnaca, Cyprus. After landing on the woman and newborn were waiting for the medical team.

Mommy smiled and hugged the baby, when she was transported from the plane to the ambulance. It is reported that the birth went without complications and both are doing well. How far along was the woman – is still unknown.

After the forced landing, the aircraft continued the flight to destination.