The militants “Grad” hit close to Novoluganskogo, destroying the pipeline – the headquarters of ATO 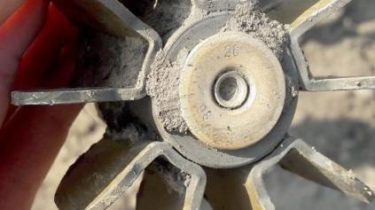 After the tragic shelling of a peaceful Town, which led to the death and injury of civilians, the Russian occupation troops in 22 hours 38 minutes Saturday, may 13, applied jet systems of volley fire BM-21 “Grad” near the village of Novoluganskoe (Svetlodarsk arc).

“The shelling was damaged pipeline and infrastructure holding company “Bakhmut Agrarian Union”. One of the livestock farms were destroyed and the fire continues to destroy property,” — said the headquarters.

We will remind, the Ukrainian side of the JCCC said that militants for the second day in a row actively shelled villages. So, as of the end of the day on may 13 they committed 62 violations of “silence mode”.