Poroshenko signed a decree on sanctions against “Yandex” and “Vkontakte” 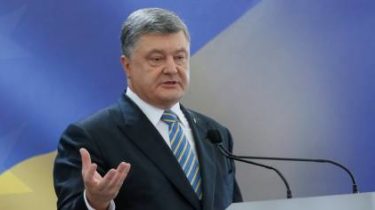 The President of Ukraine Petro Poroshenko by his decree led to operation NSDC’s decision dated April 28, 2017 “On the use of personal special economic and other restrictive measures (sanctions)” in respect of a number of Russian companies.

The document, signed on may 15, issued by the press service of the head of state.

“To enact the decision of national security Council and defense of Ukraine of April 28, 2017” On the use of personal special economic and other restrictive measures (sanctions) “, – stated in the message.

According to information contained in the Annex to the decision of the Council, it is proposed for a period of three years to freeze the assets of Russian sites “Vkontakte”, “Classmates”, “Mail.”ru and “Yandex” and to forbid Internet providers to provide access to specified resources.

According to the document, needs to be blocked websites of antivirus company “Kaspersky Lab” and DrWeb.

We will remind, earlier the adviser to the interior Minister Shkiryak called for the introduction of a ban in Ukraine on the Russian social network “Vkontakte” and “Odnoklassniki”.