Rada has terminated the powers of Deputy Artemenko 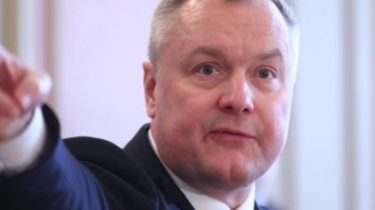 The Verkhovna Rada of Ukraine supported with a majority of votes a resolution on early termination of powers of people’s Deputy of Ukraine Andrey Artemenko.

For this decision voted 244 deputies out of 328 registered.

According to the decree, shall be early terminated powers of people’s Deputy Artemenko, who was elected in the national multi-member district from the Radical party, in connection with the termination of citizenship of Ukraine.

Recall President of Ukraine Petro Poroshenko his decree was revoked Andrey Artemenko. The people’s Deputy Oleg Lyashko said that the reason was that the MP in 2005 he received the canadian citizenship.