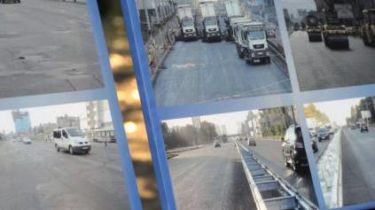 In Kiev for three months, closing the bridge near the metro station “Nivki”, which is one of the main thoroughfares of the capital – Peremohy Avenue can turn into a solid toffee.

A third of the repairs were done poorly.

Drivers will travel under the bridge, which were previously congested during peak hours.

Until mid-July will be repairing part of an overpass leading to the city center, and then Vice versa. This will be the first reconstruction of the 70-ies, when was built the bridge. By the autumn it will expand.