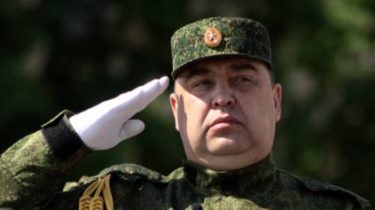 This “Chapter” of the terrorist “LPR,” he said in an interview with Russian newspaper “Izvestia”.

So, to the question, what are the conditions for obtaining a passport “LC” famous people, Carpenter said

“You have to understand that this is primarily a political question. We came to Jeffrey Monson and requested a passport, although it is unlikely that he will remain here to live and work. But if people of this caliber want to have our passport, why should we deny this?” he said.

In addition, Carpenter added that the passports of “LNR” want to receive another 25 Russian journalists.

“We have the list of passport 25 Russian journalists. Not so long ago the document “LC” received Alexander Rogatkin — special correspondent of RTR and the famous rock singer Julia Chicherin. Recently get the passport, “LC” President of the Russian motorcycle club “Night wolves” Alexander Zaldostanov (Surgeon)”, — said the leader of Luhansk militants.