From the people’s friendship Arch was removed rainbow installation 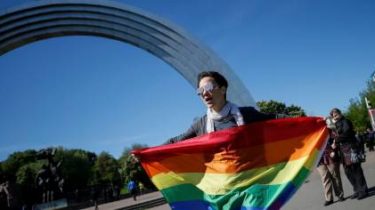 With the capital of the arch shot color film rainbow and returned the spot to its former appearance.

This was reported on 17 may, the Director of the Department of culture of the KSCA Diana Popova.

She noted that the installation was temporary, at the time of the “Eurovision-2017”. Since the contest already ended, the organizers were forced to pick her up.

However, it is reported that the Department will consider any proposals for other art installations.

We will remind that the mayor of Kiev Vitali Klitschko planned to place the snippet with the Ukrainian ornament in those parts of the Arch of friendship of peoples who do not have time to decorate because of the protests of the installation. But it never happened until the dismantling of the installation.