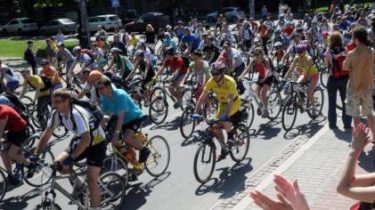 20 may in Kyiv will be blocked Central streets in connection with the conduct of the parade. It is reported the KSCA, with the support of which will take action.

In Kiev there will be four new cycle routes

The organizers of the event have prepared for cyclists another holiday: 20:00 with the participation of the leadership of the city will be held on the reopening of the renovated track. The event will be held at the initiative of the organization “all-Ukrainian bike day Kiev.”