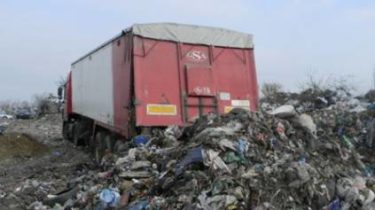 Near the village of Novi Petrivtsi, Kyiv oblast burning dump.

As the press service of the State service of Ukraine for emergency situations, the total fire area is 0.5 ha. At the same time, there are several separate foci on a total area of 1-1. 2 hectares.

The distance of the landfill from the village is about 6 km away.

At the scene of the fire officials working the Vyshgorodsky district state administration, as well as 5 units of auxiliary equipment of the rescuers.

Recall that on may 12, Exactly more than half a day burned more than three hundred square meters of debris. Communal fire independently failed, so I had to call rescuers. Besides, complicated fighting a strong wind that carried the fire.