Yatsenyuk told about his meeting with Obama 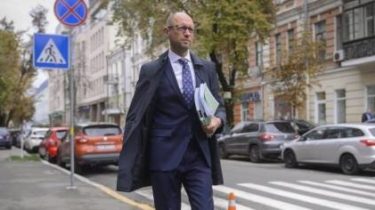 About it Yatsenyuk wrote on his Twitter on Tuesday, may 16.

“Today I met with President Obama. Grateful for his strong support, now and in the past – Ukraine, our freedom and security”, – wrote ex-the Prime Minister.

Today I met President Obama. Grateful for his strong support – now and in the past – for Ukraine, our freedom and security

Yatsenyuk is now in Washington. According to him, he holds meetings with the new administration of U.S. President, which discusses the opposition from Russia, the continuation of joint projects and the provision of defensive weapons.

“I clearly say that I’m not the Chairman of the National Bank of Ukraine. The second reason is I already ran the national Bank, and my reverse gear in my gearbox is not” – he stressed.

The politician reminded that in 2004 he was the acting head of the NBU did not provide any political power.