In the case of treason Yanukovych questioned Yatsenyuk 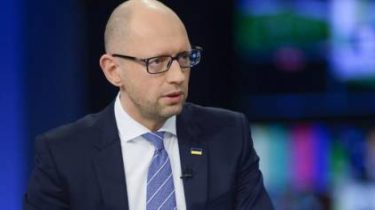 The former Prime Minister, Arseniy Yatsenyuk, who during the revolution of Dignity met with deprived of the title of President Viktor Yanukovych, will be interrogated in court.

This was stated by the Prosecutor Ruslan Kravchenko, writes UNIAN.

According to Kravchenko, the questioning will take place in the case of treason Yanukovych.

Separately, the Prosecutor noted that, in General, the prosecution plans to question 150 witnesses in the case.

On may 4 held the first hearing in the case against Viktor Yanukovych of treason. The defense asked the court to postpone the preparatory meeting, before the decision of the Appeal court to change jurisdiction of a case, but the request was denied. The court also allowed to organize a videoconference for the participation of Yanukovych at the next meeting. Protection deprived the title of President of Ukraine Viktor Yanukovych stated that his interrogation through a video conference should be organized under the procedure of international legal assistance. This option will prevent the leveling of accusation testimony of Viktor Yanukovych”.