The home stretch: the Senate of Canada voted to ratify the free trade Agreement with Ukraine 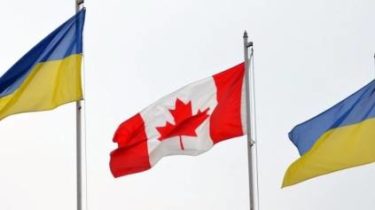 Large Ukrainian day in Canada: the Senate just voted for the ratification of the free trade Agreement with Ukraine.

About this on Twitter said the Ambassador of Ukraine to Canada, Andriy Shevchenko.

The great Ukrainian day in Canada continues: the Senate just voted for the ratification of the free trade Agreement with Ukraine! pic.twitter.com/McVltKfRM7

Prior to the completion of the ratification was only the signature of the Governor-General of Canada. The finish line!

“Prior to the completion of the ratification was only the signature of the Governor-General of Canada. The finish line!”, he said.

We will remind that earlier the President Petro Poroshenko signed the Law of Ukraine “On ratification of the Agreement on free trade between Ukraine and Canada“.

This document was approved by the Verkhovna Rada on 14 March, and the agreement was signed on July 11, 2016 during his visit to Ukraine, the Prime Minister of Canada Justin Trudeau.

When the agreement enters into force, Canada will open for Ukrainian exporters 98% of the market of goods which are the subject of bilateral trade.

We will remind, Ukraine and Canada signed an agreement on free trade area, negotiations on which lasted for six years. The Ministry of economic development and trade expect that the free trade area will provide for the removal of trade restrictions and the abolition of trade duties on main groups of goods within the grace period of 3-7 years.

In particular, immediately after the entry into force of repealed sales tax on fish, cereals, wine, juices, baked goods and clothing, metal products, hardware and electrical engineering. Within 3-7 years cancelled duties on some agricultural products, construction materials, engineering products, including components for aircraft, automobiles and tractors. The document provides an opportunity for Ukrainian and canadian companies to participate in public procurement in both countries.