I have no roof and ready for retirement. 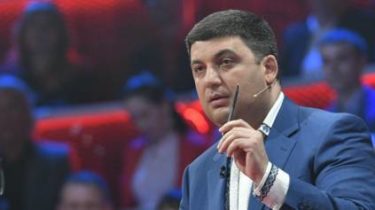 Prime Minister of Ukraine Volodymyr Groysman suggested the Verkhovna Rada to consider the issue of trust or distrust of his government. The corresponding statement he made in a live TV channel “1+1” program “the Right to Vlad”.

“I have no roof” – he said in response to the words of a journalist present. “I’m not afraid of the report in Parliament”, – he denied the suggestion that avoids a meeting with the deputies for fear of losing the position. “When was the year I left, on April 14, reported,” – said the head of the Cabinet and added that the same is done in special committees of his Ministers.