In India, the 106-year-old grandmother has become a culinary works and became famous all over YouTube 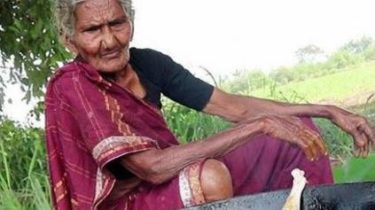 A resident of the state of Andhra Pradesh, in India, named LastName has become a culinary sensation on YouTube.

According to the BBC, the channel called Country Foods, which posted rollers with a 106-year-old grandmother-a cook, signed by more than 350 thousand people.

It is noted that the first vlog grandmother appeared online at the end of December 2016. In the video she told how to cook shrimp curry.

Great-grandson Metaname started this YouTube channel and published it first in your videos that shared recipes traditional Indian food, but after the success of the video with great-grandmother, began filming videos of her.

In their video Metaname prepares on the fire.

Grandma just sits at his house squatted on the ground and cuts the vegetables. Prepares everything with a knife and hands, without special tools, as did many Indian Housewives for centuries.

It is worth noting that grandma made for over a hundred dishes.

We will remind, the pensioner from Khakassia Tatyana Subbotina became famous in social networks thanks to its master-classes on creation of visual effects and fun animated videos with their own participation. Elderly woman takes on the camera master classes of how to do chroma key green screen, which after processing the video, there are various visual effects.